After years of organizing and a summer of national uprising in defense of Black lives, there’s no doubt that the work of Black movement and our allies created the conditions for the progressive wins we saw during Election Week.  As we prepare to continue our work under a new administration, it’s imperative that we solidify a Black agenda that centers the needs and voices of our most vulnerable, especially trans members of our community.

When it comes to Black liberation, Black Trans, GNC, and Intersex people have stood on the front lines dating back to the 1969 Compton Cafeteria Riot and beyond. Pivotal acts like this led to the formation of the Transexual Counseling Unit, the Stonewall, and the White Night Riots. For more than 50 years, LGBTQIA+ activists like Marsha “Pay it No Mind” Johnson, a Black trans leader and movement icon who was murdered in 1992, paid the ultimate price defending their lives and ultimately all Black Lives.

Many have carried on their fight , including icons such as:

– Kylar Broadus, an LGBTQIA+ lawyer who founded the Trans People of Color Coalition in 2010. He was also the first trans person to testify before the Senate, calling for the passage of the Employment Non-Discrimination Act, which has yet to become law.

– Cece McDonald, an activist who was imprisoned after defending herself during an anti-trans attack. She drew national attention to the hardships that trans women endure within the criminal legal system.

– Kortney Ryan Ziegler, an award-winning artist, writer, and director of Still Black: A Portrait of Black Transmen. He is also the founder of Trans*H4CK, a tech event that highlights contributions from the trans community.

While 2020 has been a particularly deadly year for this country and our community in particular, it’s been even more severe for the Black trans community. Even during a global pandemic and lockdowns, there have been more deaths in 2020 than in the last seven years, an alarming fact considering Black trans women are already seven times more likely to face deadly violence. We have lost Monika Diamond, Lexi “Ebony” Sutton, Dominique Fells, Riah Milton, Tony McDade and many more Black trans folks siblings who deserved better.

As the rallying cry #defendblacklives continues to echo across the nation and the world, we have to ensure we’re including and centering Black trans people in our freedom fights. The lives of Black trans members of our community are valuable and worthy of defending. Their leadership inside and outside of movements for change is bold, visionary and deserving of acknowledgment and respect. Until we fight for them as they fight for us, none of us will be free.

Standing in solidarity with Black trans folks is not hard, yet so often we don’t get it right. We have to be open to being held accountable and need to lean into hard conversations to move forward with love and trust. When we see cis folks messing up or pulling back, we have to meet them where they are and bring them along. This is why the Movement for Black Lives is leaning into the leadership of our Black trans siblings. During the COVID-19 pandemic, Black trans people have shown up for each other through mutual aid campaigns including Black Trans Travel Fund and For the Gworls, even as they call on cisgender people to show up and do more.

In addition to fighting for their everyday survival, Black trans leaders expand the lens of the movement to include disability justice and Black TGNCI migrants.

Recent efforts include providing economic support to assist Black trans immigrants, those seeking legal counsel and more. Some of the Movement’s calls to action include building authentic relationships with the LGBTQIA+ community, as well as hiring TGNCI people, investing in their leadership and donating to Black trans-led work.

If one group is marginalized, even more are at risk. In response, M4BL is working to create a political home for Black people to learn, organize and take action. A collective effort is required to ensure that all Black lives are respected by offering economic opportunities, and of course, being vocal against violence and methods of intimidation. 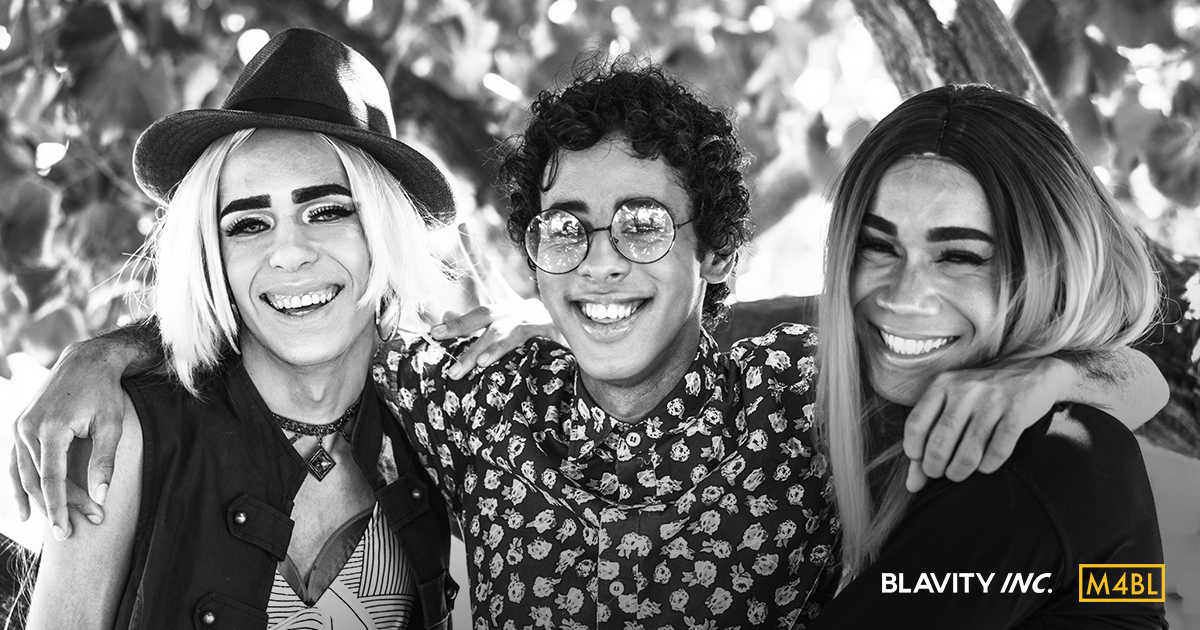 Ready to get started but don’t know how? Check out five ways you can do so below:

1. Donate to mutual funds like the Black Trans Travel Fund, For The Gworls or Homeless Black Trans Women Fund.

3. Amplify the voices and visibility of LGBTQIA+ individuals that are disabled, deaf and more by learning about disability justice. Learn more about the Transgender Law Center’s The Disability Project.

5. Keep fighting to ensure Sza Sza remains free. Sza Sza is a Jamaican trans woman who was detained for several years after seeking asylum in the United States. Sign up for BLMP’s mailing list to get updates on her continued fight for freedom.

We have to come together to fight for every Black life in order to make a change. Make sure to do your part, so you can move toward a better and brighter future where all Black people, especially our Trans family, can live their lives with dignity and without fear of harm.

This editorial was brought to you in partnership with M4BL.