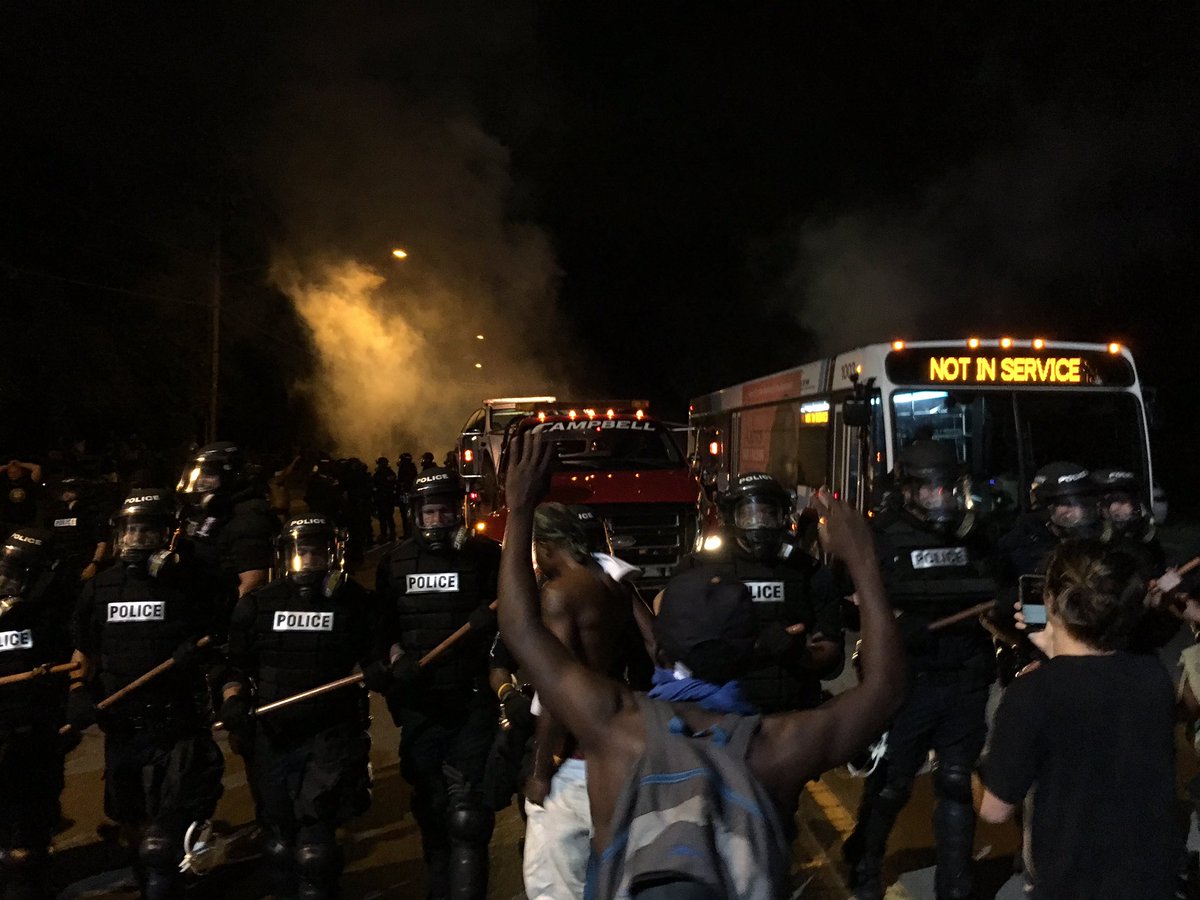 Photo: Adam Rhew According to numerous reports, an unarmed, disabled black man was fatally shot in Charlotte, North Carolina near the University of North Carolina at Charlotte. Family members and bystanders on the scene said he was sitting in a card and reading a book while he was waiting for his son
Police say they were attempting to serve a warrant to someone, but the reports say that the man in question was not the person they were looking for.  Police also say that the man was holding a firearm, and "posed an imminent deadly threat to the officers," something that his family and bystanders say is not true
Sources have confirmed the man's identity as 43-year-old Keith Lamont Scott. According to his family, he is married and is the father of seven children
A woman who is believed to be the his daughter, live streamed the scene of the shooting for over an hour on Facebook. She said she found out about her father's death on the news, and according to her, he was tasered and shot four times. Her Facebook live video depicted the tense aftermath between the authorities and the community. It was removed from Facebook soon after
His sister spoke to WBTV News, the CBS affiliate in Charlotte on the scene as well

Here's the man's sister. She says he did not have a gun. @CMPD says he did. @WBTV_News pic.twitter.com/JwHMixy9m7

Large protests broke out near the scene of the shooting

#BREAKING Protesters on Old Concord have surrounded a police car and are sitting on it @WBTV_News pic.twitter.com/0AsQMbkm65 — Alex Giles WBTV (@AlexGilesNews) September 21, 2016

WBTV is also reporting that the officer that shot the man was black, and his name is Brently Vinson . The officer, who was undercover, was not wearing a body cam. In a press conference, CMPD police chief Kerr Putney said 16 police offers had minor injuries in the protests, and one protester was arrested. Putney also said that he is looking for the narrative to be changed, and maintained the initial claims that Scott was armed, saying a weapon was seized and he does not definitively know if it was pointed toward the officer. He also said they need not find a book. It was crucial to note that North Carolina is an open-carry state
As stated before, this police's story is in direct contrast to what his family and some people on the scene reported
This shooting comes just after the fatal shooting of Terence Crutcher in Tulsa, Oklahoma. We will keep you updated on the latest with this story as it develops


Never miss a headline! Sign up for our daily newsletter.