At age 13, Adenah Bayoh escaped the civil war in her native country of Liberia and came to the United States where she became one of the most successful entrepreneurs in her home state of New Jersey. She became the youngest IHOP franchisee at age 27, and that IHOP became the fastest-growing IHOP in the Northeast where it remains one of the top-grossing restaurants in the region 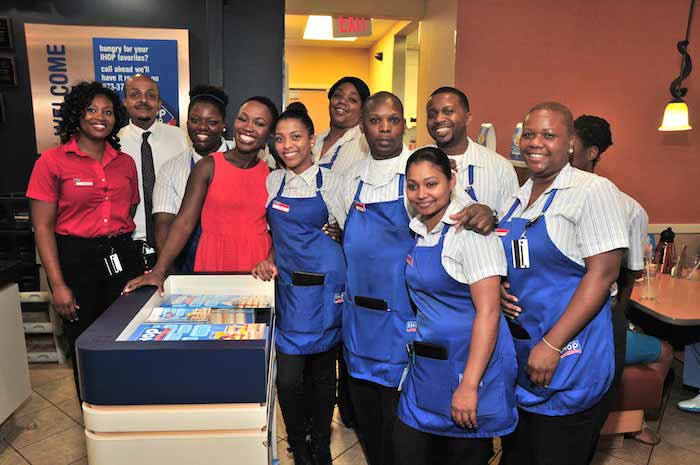 Photo: shoppeblack.com Her diversified portfolio includes "$200 million in urban redevelopment projects", and she is now "dedicated to revitalizing struggling New Jersey communities," PIX 11 News reports.  In addition to astounding financial success, Bayoh is also a philanthropist. She runs a free breakfast program for children under 12 at her flagship IHOP Irvington, and she also hosts dinners for needy families during the holidays
In 2015, she was appointed to the Federal Reserve Bank of New York Advisory Council on Small Business and Agriculture and was also named to Ebony Magazine’s Power 100 list
Next year, Bayoh plans to launch Cornbread, her signature line of fast-casual, farm-to-table, soul food restaurants. When asked by Shoppe Black what advice she would give to aspiring entrepreneurs, she said, "I would tell them to be present and stay in the moment because you never know when you will need to draw on your various experiences. Don’t allow your circumstances turn you into a victim and keep a positive attitude." "There’s no substitute for hard work, but when you’re motivated and driven, nothing or no one can stop you," she added